My wife calls me an “alley cat.”  I’ve explored pretty much every alley in the Loop, South Loop, and Near North Side.  I don’t know why I do it, it’s just something I do.

Recently I came across one of the best alleys in the area.  More than just dumpsters and cobbles, it actually has its own book store. 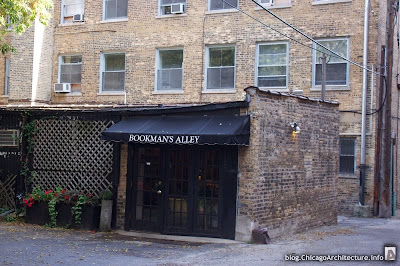 The book store goes by the name of Bookman’s Alley.  Officially, it’s at 1712 Sherman Avenue, but in reality, it’s down the neighboring alley that leads to Benson Avenue.

Bookman’s Alley book store is located at the intersection of yet another alley, which leads to Clark Street.  Across this second alley is — even more books! 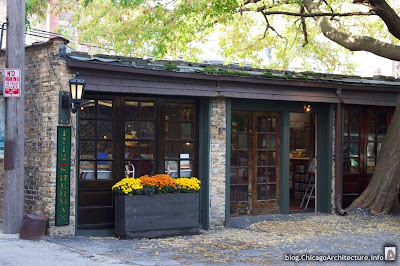 The book store is old fashioned, well decorated, and very cozy.  Bookstores like this are few and far between.  The only other ones I’ve run into were in Galveston, Texas; New York; and London.

If you find yourself in Evanston, it’s worth stopping in, not just for its eccentricity, but also to pick up a good read.