Slice of Life: Mad About Snow

People in Chicago know that the city is cold and gets a fair amount of snow, but still they complain about it.  But at least most people don’t have to stay outside when it snows.  And chances are you’re not made of stone, either. 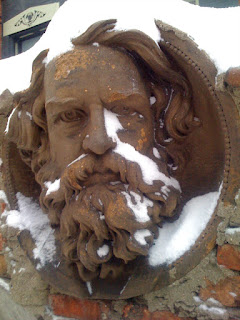 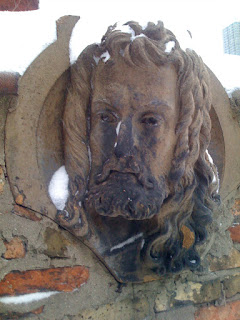 But these two fellows are both made of stone and made to stay out all night in the snow.  They’re embedded in a decidedly homemade-looking brick wall in front of 831 North Dearborn Street.  Maybe they’re famous writers.  Maybe they were rescued from a building being torn down.  We don’t know the story behind them, but we’d wager they have some stories to tell.