Northwestern University spends a lot of time, money, and effort preserving its old buildings, and none is older than the one known as “Old College.” 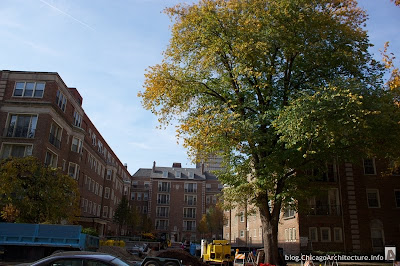 This apartment complex in Evanston (The John Evans Building, 1600 Hinman Avenue) is actually the location of what was the first Northwestern University building.  It looked a lot like the Addams Family house and was built in 1855 for just under $6,000.

Over the years the building was moved twice and served a number of purposes before being torn down in the 1970.  Wikimopedia has a brief write-up about it, if you’re the sort of person who trusts Wikimopedia.