Another Boutique Fleeing the Gold Coast

In the last few years a number of Near North and Gold Coast boutiques have fled the heart of the city to seek their fortunes in Old Town, Bucktown, Wicker Park, and elsewhere.  The latest one pulling up stakes is Battaglia Footwear. 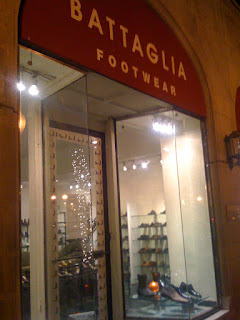 The Walton Street shop was a nice fit for the area, but is seeking greener pastures to the north.  It’s a shame because it got rave reviews on Yelp and elsewhere.  More of a shame is that it’s another vacant storefront at a time when landlords should be making deals to retain tenants and a bunch of other retail space is about to become available nearby.

It would probably help if I told you where it’s going, but the photo I took of the announcement on the door didn’t come out.  Sorry.