Endgame: Talbot’s Out at Chicago Place 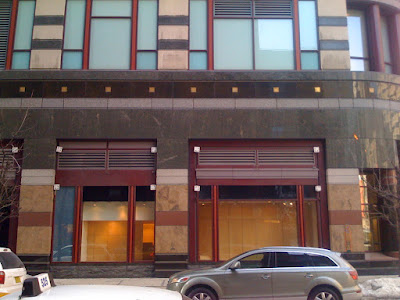 After months of speculation and even a lawsuit, Talbot’s has finally been forced out of Chicago Place.  That leaves the food court and Saks Fifth Avenue as the only operating concerns in the retail portion of what was once a vibrant vertical mall at the center of the Magnificent Mile. 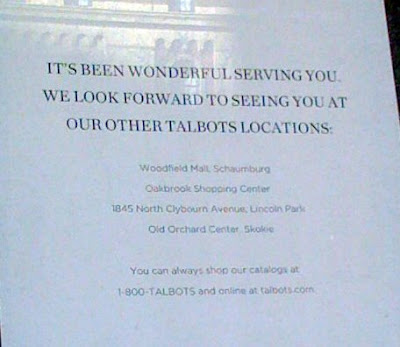 Now, it’s mostly abandoned.  The heat’s turned off in the public areas.  The escalators have been turned off, too.  According to the Sun-Times, there’s just one public elevator for accessing the food court.  The place is downright creepy.

But with the exit of Talbot’s comes hope for something new.  In numerous published reports it was detailed that the owners of Chicago Place wanted to use the Talbot’s space for a new Zara store.  That can happen now that the space is vacant.

But it seems strange to us that Zara would even want to be in Chicago Place.  The owner of Zara owns the block next door on Michigan Avenue — the one with the Peninsula Hotel and the Pottery Barn that’s becoming yet another Victoria’s Secret.

So why would he want to pay rent to Chicago Place when there is tons of vacant retail space on the block that he owns?  Our hope is that he has a big deal in the works to fill the vacant space that was once American Girl Place and CompUSA.  We hope.

As an aside, the Zara guy took a $200 million mortgage on the Peninsula block just a couple of weeks ago, according to Crain’s.  We don’t know if that’s significant or not.  We’re not real estate “experts” and even those who claim to be don’t seem to know what’s going on in this economy.