For the last eight months or so, demolition crews have been very methodically and very loudly disassembling the old VA hospital in the heart of Streeterville .  If you’ve never seen the X-shaped building or have some attachment to it, better pay your respects soon, before it’s too late. 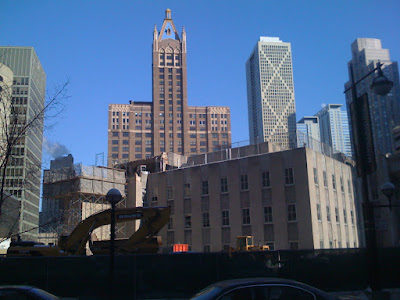 What used to be four wings 15 stories tall is now down to just three, and those won’t last long.

The VA sold the hospital for $52 million, and what plans Northwestern University has for the property haven’t been disclosed to the public yet.

The best use would be a big fat park, but that won’t happen.  You don’t pay millions of dollars to house squirrels.  Somehow the owners have to recoup the money spent, and that means building up.

The hospital as demolition was beginning.