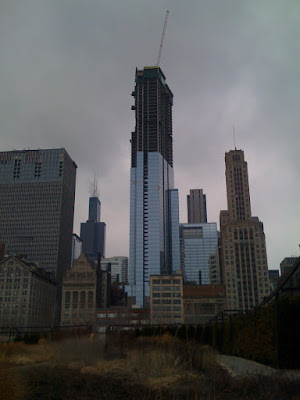 If the Waterview Tower ever gets completed, I’d like to think that this is what it would look like.  The Legacy at Millennium Park spent a couple of years trying to restore and preserve some pretty nasty retail storefronts.  Now that it’s free to rise upward, it is; and at quite a pace.