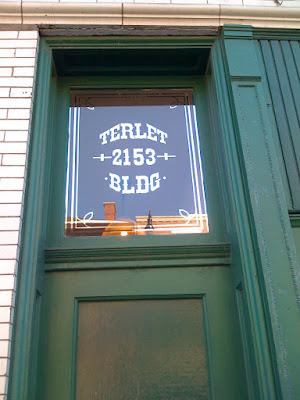 Chicago’s most unfortunately-named building is only made worse when used in a sentence with a thick Chicago accent: “Where’s da Teeeerlet?”

The Terlet Building is at 2153 West North Avenue, just west of the Damen Blue Line station in Wicker Park.  The mixed use residential and commercial building isn’t much to look at, though it is faced with some older white bricks and cornices that some people like.  We suspect that historically it was much better looking. 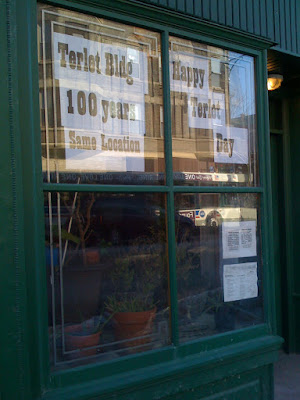 The people who occupy the ground floor business seem pretty proud of their location, declaring “Happy Terlet Day” and “Terlet Bldg 100 years Same Location,” as if they expect the building to pick up and move at some time.

While the people inside are celebrating their 100 years, the Cook County Assessor’s records actually show this building to be somewhere between 113 and 116 years old.  But we won’t begrudge them a party.