Did a New Argo Tea Cafe Open in Streeterville?

On a recent trip to the American Express office to once again turn play money into real money, I stumbled across this: 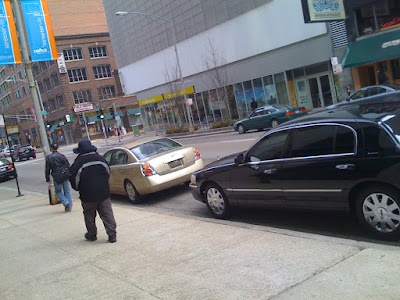 Yeah, it’s a bad photo.  But what I’m trying to show you is an Argo Tea Cafe inside 550 North Saint Claire .  I’m a big Argo guy, and a semi-regular at the Chestnut Street outlet.  So when a new one opens in my own backyard and I don’t know about it, I feel a little confused.

Is this Argo really new, say in the last two or three months, or am I just having a senior moment?  I know there’s the one inside Northwestern Hospital a couple of blocks away, but this one surprised me.

More importantly, it’s an indication that Argo is doing well.  It’s a local company (formerly headquartered on Armitage, but has since moved to The Loop) that went from one shop five years ago to almost a dozen today.

It’s said that any company that can expand during a recession is going to be a winner when things get better.  Let’s hope that’s true.  For a couple of examples of companies that got their start during bad economic times, look no further than S.O.M., and Procter and Gamble.

I got an e-mail from Argo Tea stating that this location opened in November, 2008.  I guess I need to stop looking at my feet when I’m walking.