Hours at Barnes Are Not So Noble

While some businesses are using the recession as an opportunity to expand (Argo Tea ), others are cutting back.  One local example is Barnes and Noble. 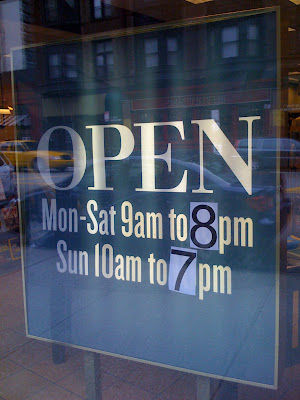 The State Street (Viagra Triangle) branch used to be open until 11pm on most days and 10pm on Sundays. Not so anymore.  Now it’s shutting its doors at a very early 8pm M-A, and 7pm on U.

Hopefully, this is only a temporary measure until the warmer weather arrives.  If not, it’s a missed opportunity.  On warm summer nights there are hundreds of people walking by that store and more than a few get lured in by the window displays.  Hopefully corporate isn’t so blind to the local situation that it would actually harm the store by keeping it closed during what is usually a fairly busy period.