Homeowners Fall Off A Cliff

Last week while sitting in an airport lounge on the other side of the world, CNN Asia ran a Breaking News banner reading, “Economy ‘Falls Off A Cliff.'”  Some homeowners in the Gold Coast might feel the same way. 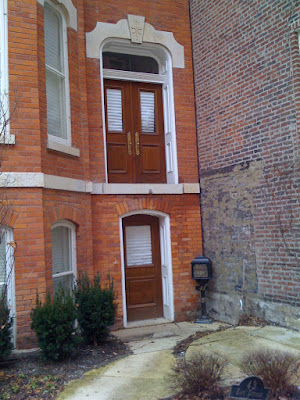 A couple of Division Street tear-down two-flats went up at the wrong time — just when the economy went all pear-shaped.  They were completed in the Fall of 2008, but nobody has moved in yet.  And by “completed” we mean not quite completed.  As you can see in the above photo, the necessary finishing touches haven’t been put on the upstairs portion of the building, so that it would take an act of levitation to make this home sweet home.

If you’re into internet cliches, you could call it a “Fail” photo.  Or if you’re a thinking person it’s a sad reminder of the state of the real estate market in Chicago.