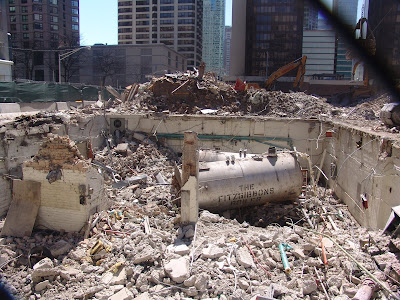 Some eagle-eyed readers of our article about the demolition of the old CBS Studios Building in Streeterville noticed some writing in the rubble and asked what it says. 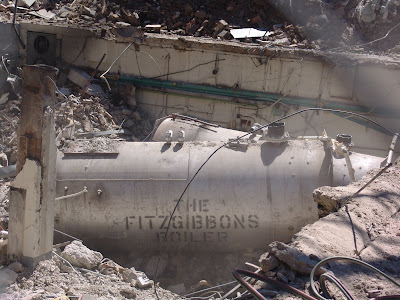 The writing is stenciled letters about two-feet tall on a giant tank in the basement of the CBS Building.  It reads “The Fitzgibbons Boiler.”

We don’t know who Fitzgibbons is, or why he has his own boiler.  But we’ve sent an e-mail to WBBM and if we get a response, we’ll let you know.