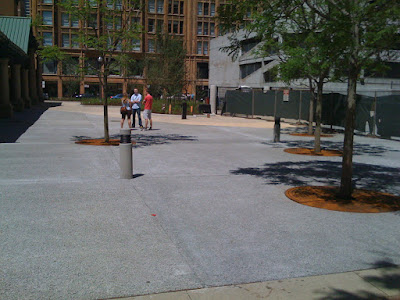 After years of hope and months of work, Pritzker Park opened last week on State Street across from the Harold Washington Library .

The pocket park is a welcome patch of green in a portion of the city that has been rapidly improving over the last couple of years.

It remains to be seen if the space will be overrun by touts and vagrants, but we have high hopes that this will be a focal point for the local community.

As detailed in an upcoming blog post later this week, this will be the location of a new cafe — an experimental partnership between the Chicago Park Department and JC Decaux, the company responsible for Chicago’s bus shelters and other street furniture.