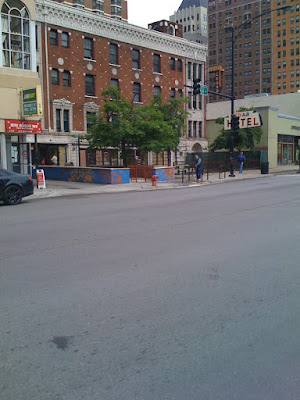 Over the last couple of months, we’ve watched with interest as people with a purpose set about fixing up the ground floor of the old Hotel Cedar at the intersection of Rush and State Streets.  Now, thanks to an article in Crain’s Chicago Business, we now know what they’ve been up to. 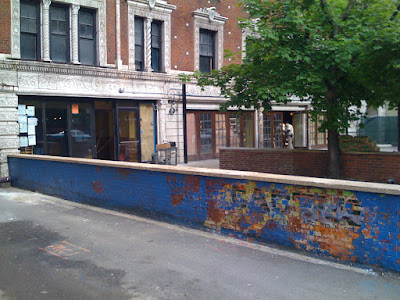 It will very soon be a restaurant called “Cedar Hotel” — named after the flophouse whose neon sign still stands on the site.  The Crain’s article says the place will serve American comfort food and try to be more friendly to the regular people in the neighbor, and not just a hangout for drunken 50-somethings trying to pick up a silicone-augmented one night stand like so many of the other eateries in Viagra Triangle. 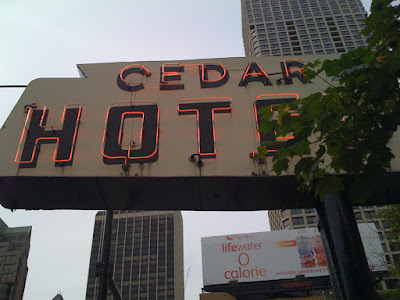 Crain’s also details the mess that led to the restaurant’s opening.  Apparently plans to demolish the existing building and put up a new hotel fell through because the banks are still refusing to lend to businesses the billions of tax dollars they were given specifically to lend to businesses.