The competition to design a new memorial to Daniel Burnham marking the 100th anniversary of his plan for Chicago has been described as difficult.

A field of 20 architecture and design firms has been whittled down to three finalists and the winner will be announced June 19th.

The Burnham Park Memorial Committee had some very specific requirements of the firms that were invited to the competition, and we’re told that each came up with a very different solution.

For the purposes of giving the firms some design constraints to work with, they were told that the memorial would be located on the north side of the Field Museum, and that the budget for the project was five million dollars.

That’s the same amount that was spent on the peristyle at the northwest corner of Millennium Park, which is officially known as the Millennium Monument.

Though official fundraising hasn’t begun, several entities are already doing what they can to support the effort.  Among them, the Talbott Hotel, the Graham Foundation, and American Airlines.

Richard Driehaus, the man who recently turned a Near North mansion into a museum, has pledged $250,000 for the effort.  That’s a personal pledge from him — not from a company, foundation, or organization.  Not many people are that generous these days.

The 20 firms in the competition were encouraged, but not required, to include the following:

For inspiration, the entrants were pointed to the Franklin Delano Roosevelt National Memorial in Washingotn, DC.  Some of its elements: 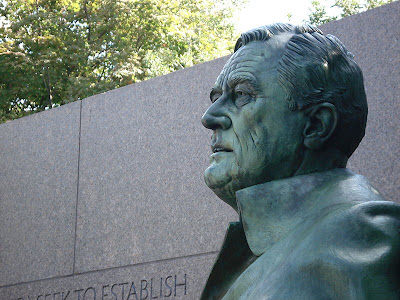 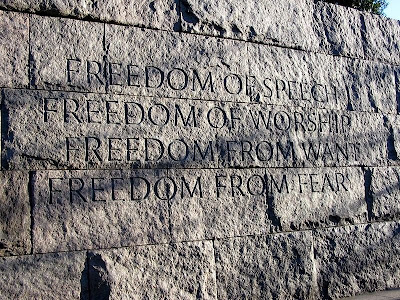 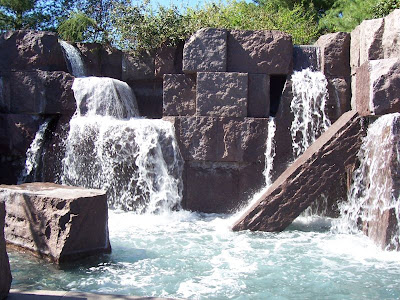 In addition to the requirements from the Memorial Committee, the contestants are up against Mayor Daley’s order not to mess with the view of the Chicago skyline from the Museum Campus.  Unlike everything else from the committee, the Mayor’s orders are orders, not suggestions.  It’s for that reason that we hear that of the three finalists currently being considered, none of them have much in the way of verticality.  All are pretty low and integrated into the terrain.
We’ll keep you updated on what happens, and keep an eye on our Twitter feed on June 19th for the announcement of the winner.