Have you heard of EveryScape ?  Neither had we until we saw one of the company’s camera cars cruising up Printer’s Row. 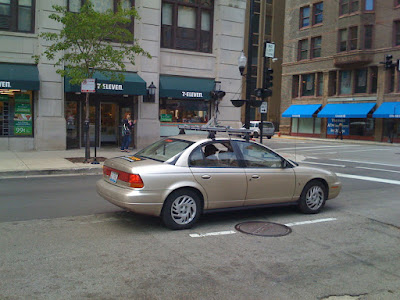 It’s one of a number of companies trying to out-Google Google’s Street Views service.  Usually these other companies offer fewer cities (EveryScape currently offers 21 cities), but with much higher resolution photos, or other features to make them competitive with Big G. 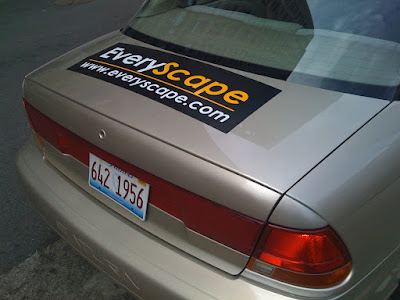 How do they do that, while Google has to blur its photos?  Well, the fact is that Google only blurs its photos for its own convenience.  I hate to break this to anyone with an exaggerated sense of self-worth, but if you’re on a public street, anyone can take your picture at any time and use it for whatever purpose they want.  This has been tried over and over for a hundred years and courts in the United States have continually ruled that you have no right to privacy if you’re on a public street.  Yes, that even applies to minors and other children.  I’ve been through a dozen sessions with media lawyers on this very topic.

It’s the reason that TV and newspaper photography crews are able to do their jobs.  Ditto with insurance companies, and the local tax assessor.  There are dozens and dozens of companies that have databases of photos of your home, your yard, your car, and maybe even you if you’ve ever stood on a sidewalk or walked down a street.

So, why does Google blur faces and license plate numbers?  Legally, it doesn’t have to.  The only reason it does (in the United States) is because of the hassle of fielding thousands of complaints from thousands of people who believe they have been wronged in the eyes of the law, when they really haven’t and don’t know what the law actually is.

How do the other services get away with using higher-resolution photos?  Because they’re smaller companies, they can fly under the radar for now.  When they get bigger — who knows?  Until then, keep an eye out for your home soon on EveryScape.