A New Leaf at Federal Plaza 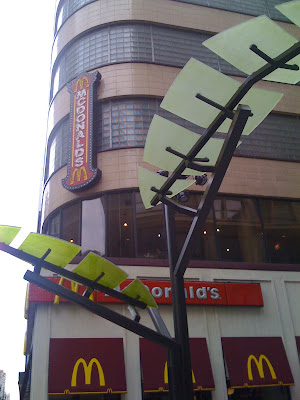 This one has been sitting in our to-publish pile for a while.  It’s the newly revamped eastern extension of Federal Plaza.

Officially, its a pedestrianized portion of Quincy Court, and adjoins the pedestrian plaza of the nearby federal complex.  Not that long ago it was a shabby, scary alley.  Today it’s a welcoming little courtyard with plexiglass palm trees and places to sit. 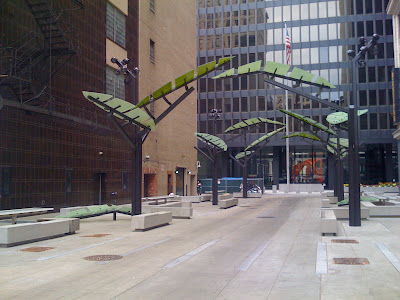 Another part of the de-scarification of State Street complete.