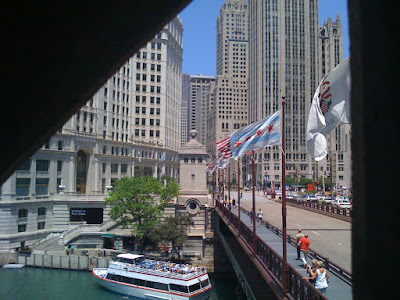 The Michigan Avenue bridge over the Chicago River, as seen from inside the McCormick Tribune Bridgehouse Museum.

In another sign of the Tribune Company’s diminishing influence in Chicago, there remain two older signs pointing the way to the “McCormick Tribune Bridgehouse Museum.”  But the new big metal sign outside the museum itself lacks the word “Tribune.”