Sticking Bricks Together at the Old Gino’s East 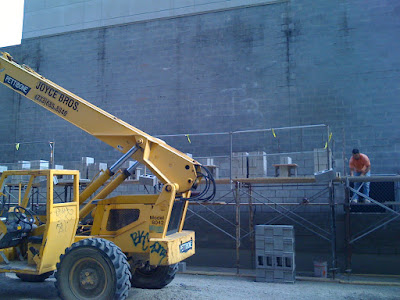 After nearly a year as one of Chicago’s most prominent vacant lot, workers are plowing ahead with earnest on 930 North Rush.

The retail development on the corner of Rush and Walton was formerly the location of Gino’s East Pizza, which was torn down several years ago.  After that it was used as a storage lot for construction equipment from the Elysian Chicago skyscraper going up across the street.

Now that the Elysian is almost done, construction is finally starting.  The result is expected to be a row of faux brownstones fitted out for retail.

So, who’s coming?  It’s hard to say at this point.  Every time we hear a name we hear another name, too.

Latest word from Crain’s Chicago Business is that it’s going to be Varvatos, the men’s clothier.