Slice of Life: Going Down 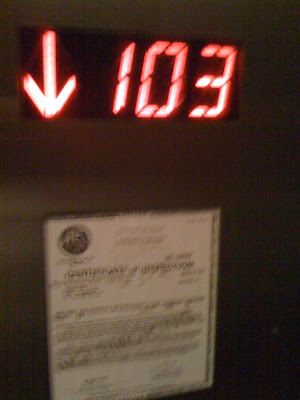 There aren’t many places in the world where the elevators stops on 103 on the way down.  Though Chicago has been surpassed by buildings in the Middle East and Asia, we should still be proud of this feat, accomplished half a century before the rest of the world.