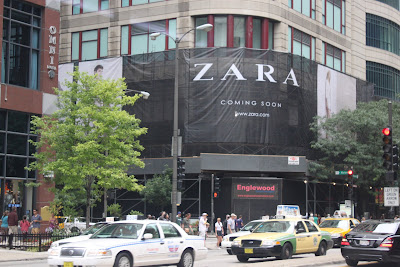 I first encountered Zara one rainy day near the opera house in Paris.  It was the only store open, and I popped in to keep from getting soaked.  It was then that my wife fell in love… with the store.

The Spanish store feating quality clothing at low low prices is making progress with its new store on the Magnificent Mile.  Construction barricades have been up for a few months, but recently a two-story screen featuring promotional photos and the ever-tempting phrase “coming soon.” 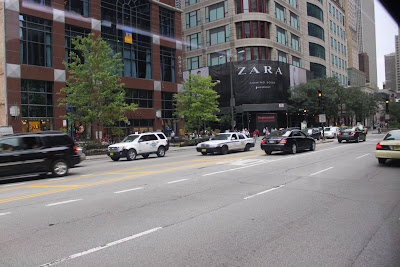 Zara is gong in at the space formerly occupied by Tabott’s back when Chicago Place was an actual mall and not just a hollow shell supporting a food court.

It also has an e-mail address for anyone who wants to be one of its shopgirls.  If there’s an employee discount, I know some people who would be interested.