Unfurling at The Elysian 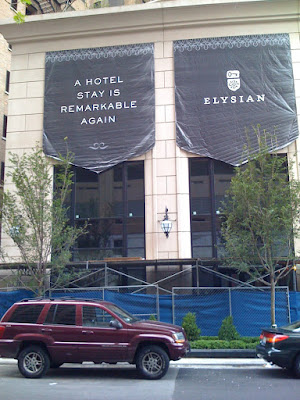 New banners have been unfurled over the second floor windows at the Elysian Chicago, 11 East Walton Street. 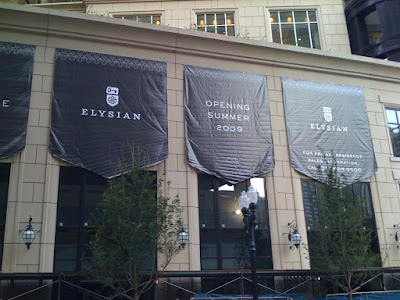 The signs promise that the hotel will open in “Summer 2009,” wrapping up a closely watched construction process for this highly anticipated property.

For those who don’t remember, this was formerly the location of a run down 7-Eleven that was a staple of the neighborhood vagrants.

But don’t worry — Walgreen’s plans to start selling booze at its locations, soon.  You know — because between the cup shakers outside and Hollywood stars getting arrested inside, there aren’t enough problems at the Walgreen’s at Chicago and State (757 North Michigan Avenue).