The Death of a Museum 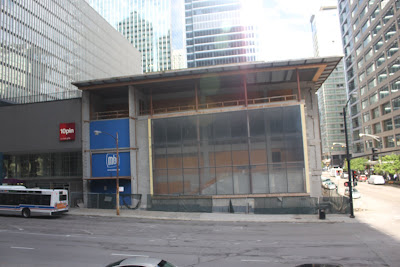 It was with lofty goals and booming, professional voices that several years ago it was announced that Chicago would be the home of the new Museum of Broadcast Communications.  Backed by some of the biggest names in regional broadcasting, the new museum building was going to be a major draw for tourists with fond memories of Midwestern broadcast personalities.

Today, the museum exists only in a virtual state.  It has an internet presence at www.Museum.tv, but no actual physical building.

Back in the 80’s, there really was a Museum of Broadcast Communications in Chicago.  It was down at River City (800 South Wells Street) in the South Loop.  In the 90’s it moved to the Chicago Cultural Center.  But that location closed in 2003 after the new building was announced at State and Kinzie.  That building, however, has failed to come together. 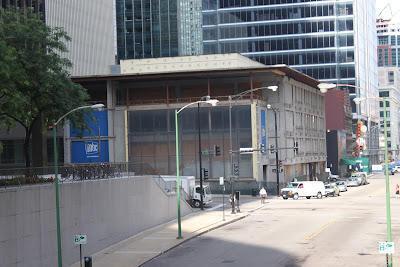 What was supposed to be a 62,000 square-foot facility has been abandoned for the same reason most projects are these days — lack of money.  The museum is looking for other options, but the Near North Side project appears dead.

Considering the hush and affection with which local TV anchors talk of the museum, it’s a shame that more of them haven’t opened their wallets to the cause.  Then again, many of them have lost part or all of their retirement savings by investing in the media sector while it collapsed around them.