Zaha! There It Is! 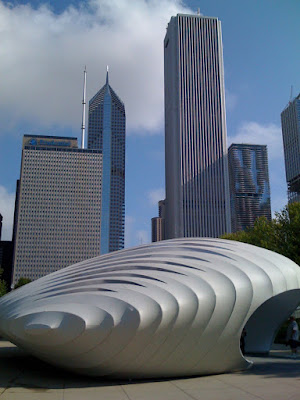 Seven weeks after starchitect Zaha Hadid’s tribute to Daniel Burnham was supposed to be unveiled to the public, it’s finally open in all its glory. 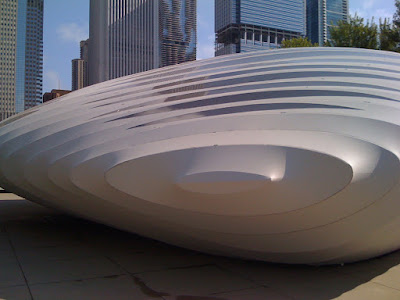 The seashell-looking structure was finally completed last night (August 4, 2009) and this morning is greeting commuters and the curious in the southern portion of the Chase Promenade in Millennium Park.

The structure is canvas stretched over structural ribs.  There is a short walkway which leads into the pavilion’s interior and a number of plastic skylights streaked across the roof to let in light. 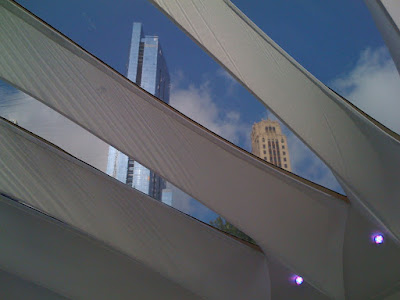 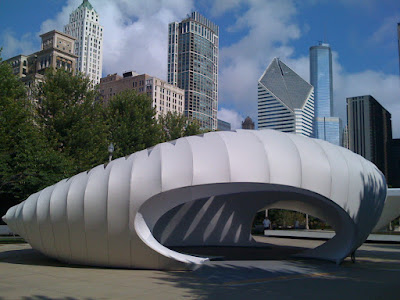 To those complaints, I’d add — Will the city get a partial refund since the unveiling was so late?  I don’t recall who’s paying for the structure, but regardless of whether it’s the city or a private group, does the paying party get money back for the seven weeks missed?  Will the pavilion be on display for an extra seven weeks to make up for the time missed? 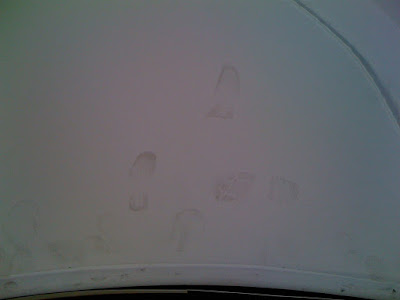 And the Tribune isn’t the only one harshing Hadid’s groove.  Part of the delay in the opening of the structure was because of fears that the public might damage it.  Those fears appear to be well-founded.  Just hours after it opened, there are already dozens of footprints from poorly supervised children who haven’t been taught how to behave in public. 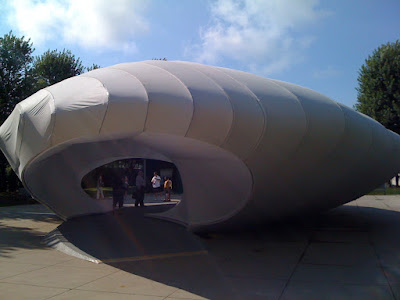 It’s an interesting piece of work, and hopefully it and its companion will be the first of many more pop-up structures to come.  Cities like New York and Paris have been enjoying temporary architecture exhibits like these for decades.  It’s about time Chicago caught up.
Moreover, I suggest that there are plenty of architecture students and classes who could come up with equally interesting and engaging designs to fill the space when the temporary Burnham pavilions are removed at the end of the season. 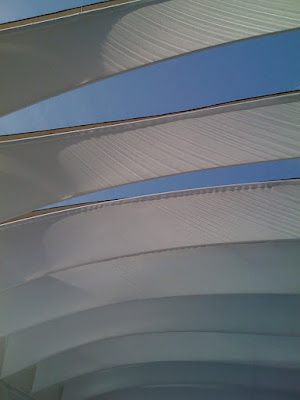