This Is Why We Can’t Have Nice Things 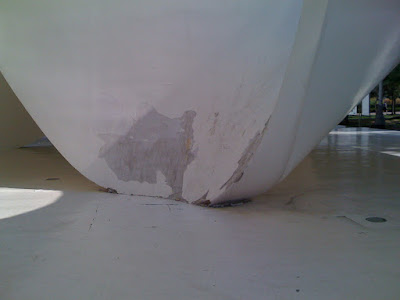 Did your mother ever admonish you for jumping up and down on the furniture?  How about roughhousing in someone else’s house?  Well, not enough mothers do these days, as evidenced by the extensive damage done to the Burnham Pavilion designed by UNStudio. 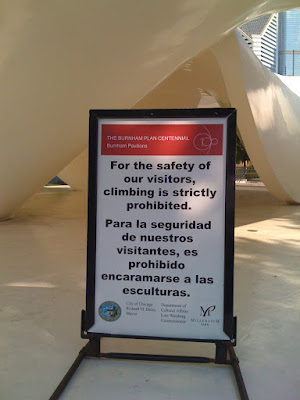 The project at Millennium Park, sometimes known as the Light Table, has been treated to ruthlessly that it is now closed to the public.  Look, but no longer touch.  It used to be possible to get up close and personal with the architecture, but not anymore. 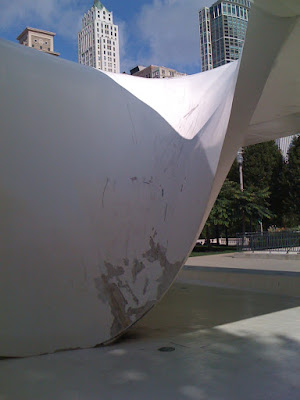 And these aren’t just simple footprints.  There are chunks of the surface material missing.  In some places it is possible to see the structure beneath.  In one corner, it is clear that a group of people with some kind of wheeled conveyances (Skateboards? Bicycles? Wheelie shoes?) had a contest to see who could rocket up the side and onto the roof.  There are skid marks 13 feet high. 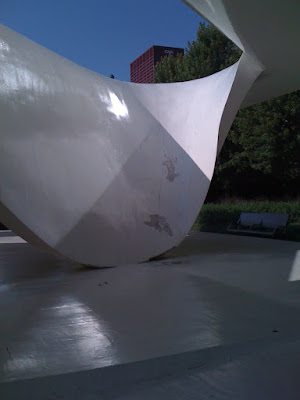 The Burnham Pavilions were intended to be temporary structures.  But by “temporary” it was meant that they’d be disassembled and taken to another location, not demolished and taken to the landfill. 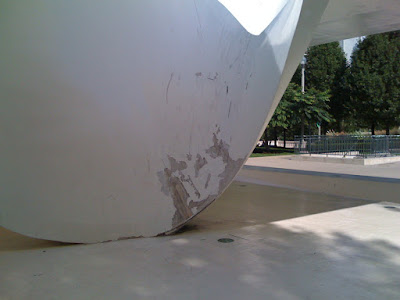