Slice of Life: Putting the Bugs Back in Bughouse Square 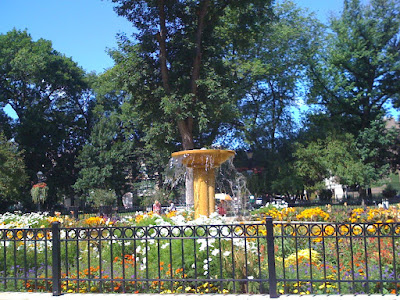 There’s nothing like a pastoral Sunday morning at Washington Square Park in the Gold Coast.  But before you get angry at the nutjob on the other end of the bench talking to invisible fairies, remember — the nutjobs were there first.

The historical name for this oasis of life in front of the oasis of literature that is the Newberry Library at 60 West Walton Street is “Bughouse Square.”  That’s because there used to be a bughouse mental institution facing it.

So enjoy the flowers, and be happy that you have your mental health since so many people in Chicago are obviously lacking.