Slice of Life: The Miesian McDonald’s 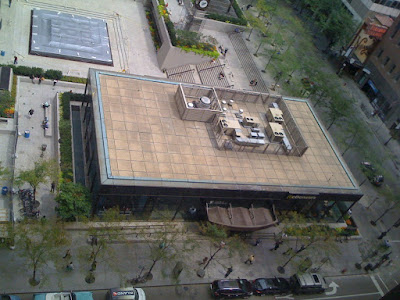 Chicago is a great restaurant town.  And a great architecture town.  So it only makes sense that the McDonald’s in the heart of the Loop is in a building that looks like it was designed by Ludwig Mies van der Rohe.  It’s actually a 1973 addition by C.F. Murphy Associates, and was once known as Two First National Plaza (20 South Clark Street), and on the other side of McDonald’s is an upscale seafood restaurant.