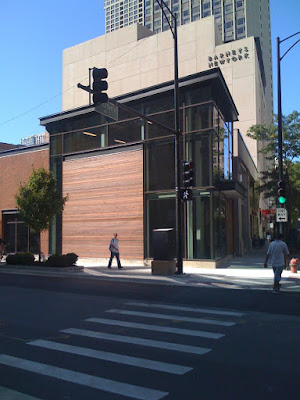 We’ve been following the lot at the corner of Rush and Walton streets for a while  here, here, here and here) as it was transformed from a condemned Gino’s East pizza restaurant into what is almost but not quite yet the district’s latest retail boutique. 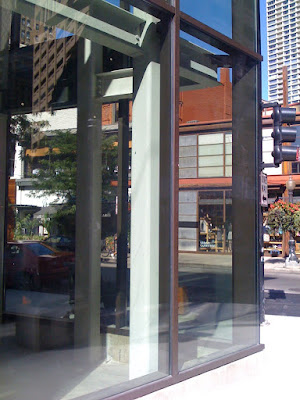 Today 930 North Rush Street looks pretty good, and went up in what felt like record time once construction finally began. The wood, glass, and steel exterior which faces the main shopping drag works well with the Urban Outfitters across the street, and even makes the Diesel store’s facade look slightly less like a Tim Burton film. 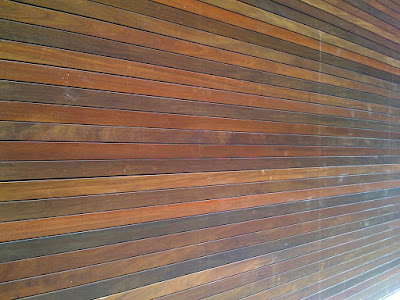 Our big worry as this corner was being filled out was the Walton Street side, which is mostly just a brick wall.  But planters have been installed with climbing frames for vines and a wide swatch of exterior wood panelling make it seem less industrial and more warm.  It looks good right now, but it also remains to be seen what a couple of good Chicago winters will do to it. 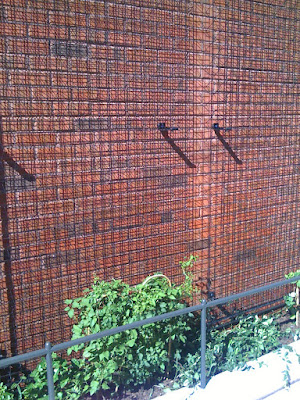 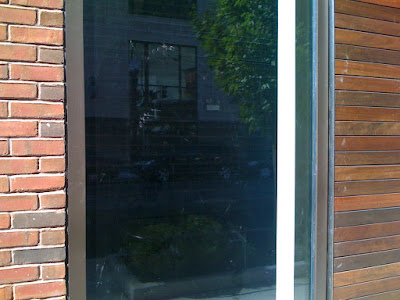