Another Store Turned Into an Ad

We’ve written about this before — the desperation of marketers to reach the Michigan Avenue audience while most of the area remains billboard-free.  But what was once creative — turning empty storefronts into giant billboards — has now become cliche. 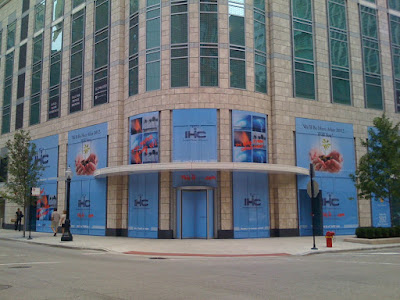 The latest one we came across is an ad for yet-another end-of-the-world movie plastered all over the vacant retail space at the base of the 50 East Chestnut residential tower.  It’s a shame that a location so far off the tourist path should be marred in this fashion, but it’s understandable since it’s not like stores are beating down the door to locate on the corner of Chestnut and Rush.

Nearby, Intel’s two-story store-wrap ad at the dead CompUSA on the corner of Chicago Avenue and Rush Street have been replaced by a giant Puma Store ad.