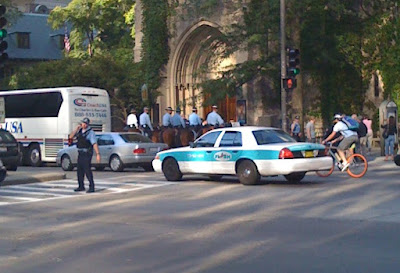 That noise you’re going to hear this morning (Friday, September 18, 2009) echoing across the Gold Coast and Near North Side is a 21-gun salute at the corner of Michigan Avenue and Chestnut Street.  In the photo above we see Chicago police officers preparing for the event in front of Fourth Presbyterian Church (125 East Chestnut Street).  It’s part of a series of events all week honoring veterans, especially those who received the Congressional Medal of Honor.  The photo below is from an event at Daley Plaza (55 West Randolph Street) yesterday. 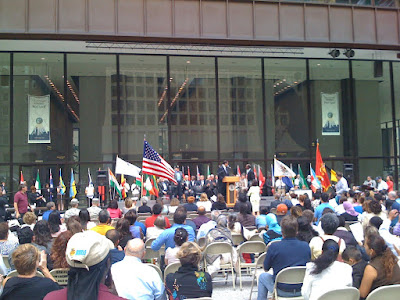