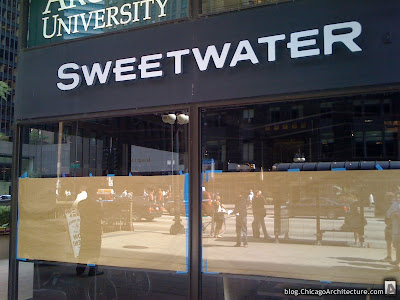 The “Sweetwater” signs are up at the Illinois Center.  It’s a good sign of progress and nice to see something taking the space that was once a Bennigan’s restaurant, then a massive advertising billboard for Snickers.  I don’t know if anyone from Sweetwater will ever read this, but if someone does — tell your employees to stop picking their noses in public; at least while they’re in uniform.