Victoria’s Secret Gone and Back Again 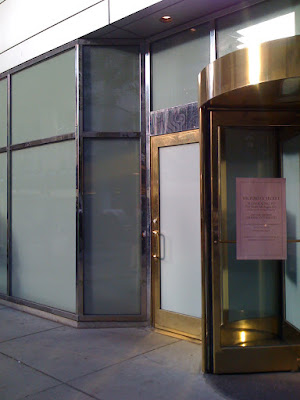 The people working on the Michigan Avenue Victoria’s Secret have been busy.

The old VS store in the Peninsula Hotel block is now closed, as seen in this photo sent in by a regular contributor.  But people in search of frilly engineering needn’t wonder what happened.  On the bus shelter right in front of the old store is an ad for the new store.  Unfortunately, the new store won’t be open for another couple of weeks.  Hopefully the people who ignore the signs and try to open the locked door anyway aren’t having some kind of underpants emergency. 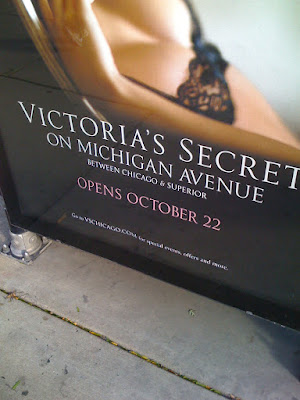 The shroud has come down that was cloaking the new store (734 North Michigan Avenue) next to Tiffany that used to be a Pottery Barn.  The new facade is shiny and glossy.  It’s like a skintastic version of an Apple Store. 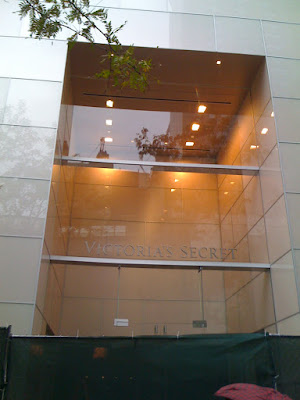 But even though neither of Victoria’s Secret’s Michigan Avenue locations are serving customers, there is still a third option — the one in Water Tower Place (845 North Michigan Avenue) which we’re told has been going strong in spite of its proximity to the old store, which last we heard was going to be a Columbia outdoor apparel store. 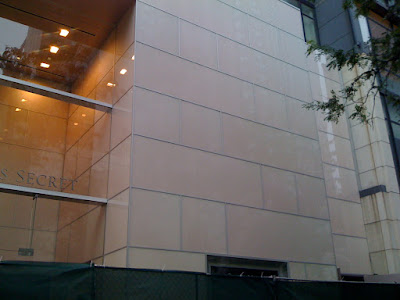