It is here that a double row (known as an allée in landscaping lingo) of cherry trees put on a spectacular show each spring.  But you have to be quick — for only about six days are the blossoms at their peak, and the area looks like a sun-warmed winter wonderland.  Toward the end of their blossoming cycle, the petals leap individually from their blooms and ride formerly invisible whirlwinds across the landscape.

It’s an singular spectacle, and one that I try hard to witness each year.

But the Cancer Survivors Plaza is in trouble.  Over the last few years, ten of the 16 plaques have been ripped off their bases, and presumably sold to unscrupulous recycling companies as scrap metal.  The pavilion is rusting badly, and I recently learned that there’s supposed to be a computer kiosk on the south end.  I’ve never seen it, but I’m told it once existed.

The Richard and Annette Bloch (as in H&R Block) Cancer Foundation has donated $1.2 million since the garden was founded for its care and maintenance, but it simply hasn’t been enough to keep up with Chicago’s aggressive weather and thugs. 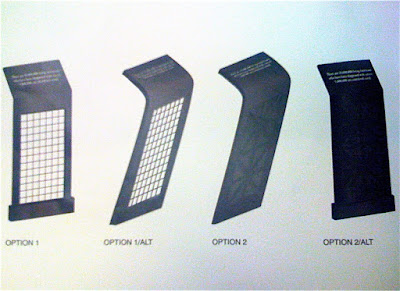 After years of this desecration, a plan has been put together to restore this memorial garden to its a more respectful state.  At a public meeting yesterday (October 26, 2009) some of the ideas for that restoration were presented.

Part of the plan includes new markers.  This time they would be illuminated to make them legible at night. This will hopefully encourage more people to visit the area after dark and discourage those who would do the park harm from hanging around.  Examples of possible illuminated podium designs were presented.  They were created by the Des Moines firm Confluence and Dimensional Innovations of Kansas. 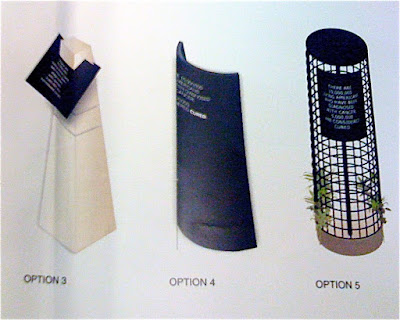 The entire northeast corner of Grant Park, including the Cancer Survivors park is going to be completely torn apart and redone in the next few years, but the people at last night’s meeting felt that something should be done in the interim to restore the dignity to the place.

The Bloch cancer foundation has pledged $100,000 to make repairs to the plaza, even if those repairs are only for the four years between now and when the major northeast Grant Park reconstruction starts. 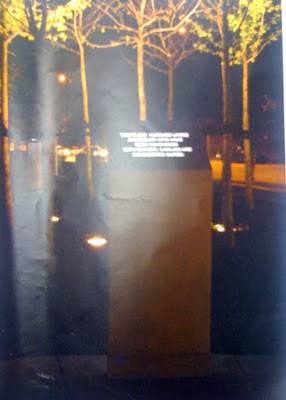