Please Don’t Squat in the Middle of State Street 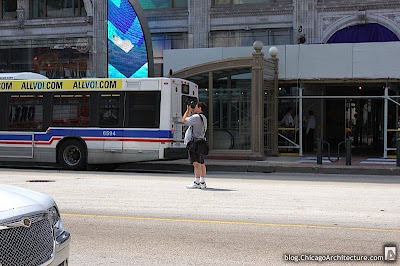 It’s been noted that some photographers will do anything to get the perfect shot.  But in my opinion, this photographer went too far.

I spotted him in front of the WLS-TV building in the Loop.  He stood in the center of the street taking photos of the Chicago Theater.  Ordinarily the center lane has Chicago Police vehicles or CTA trucks or something parked in it.  Not today.  The only thing separating him from the passing traffic was a couple of thin yellow lines. 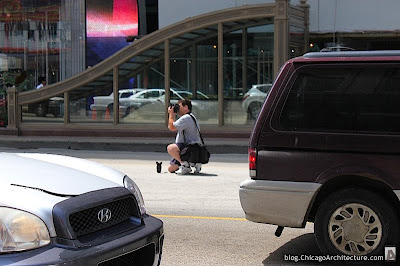 But wait — just when I thought he was done — he squatted down and changed lenses!  In the middle of traffic!  So now not only was he in the middle of the street, he as all hunched over so he couldn’t be seen by most of the drivers.

Chicago Theater marquee photographs are a dime a dozen.  They’re not worth risking your life for. 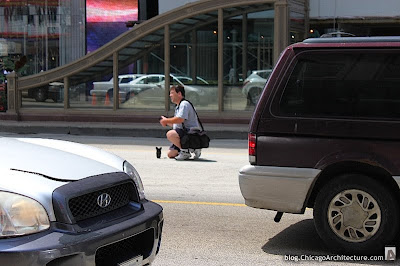