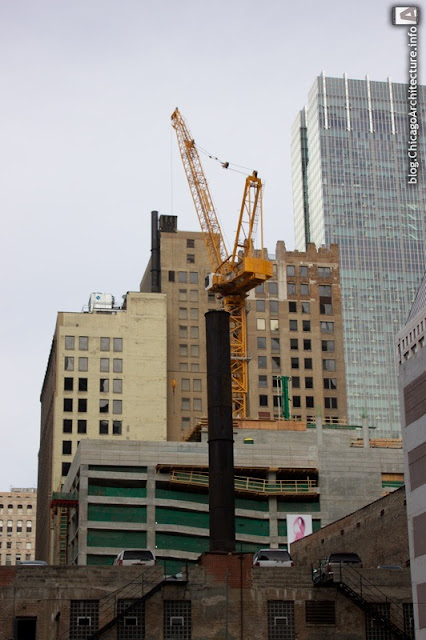 The garage portion of 201 North Wells is done as the shiny new skyscraper begins climbing above its neighboring building.  This is easily one of the noisiest corners in the city, and hopefully the new building will have better insulation and glazing than the Century Tower (182 West Lake Street) across the street.
The people who used to run the Century Tower back when it had the awkward name “Skyline Century of Progress” always claimed that they installed special noise-reducing windows on the sides of the building that faced the El.  Maybe on the first few floors, but it was my experience that the higher floors had windows that looked different than the ones on the lower floors and were comparatively far louder.
Now people who live there have to contend with not only the Orange-Brown-Pink-Green-Purple El junction, but the construction of a new building across the way.  I feel for them.  But in the long run, the new skyscraper is better than the low-slung parking garage that used to be there, made dank by years of people urinating in the shadows and then stumbling back to the clubs across Lake Street for a refill. 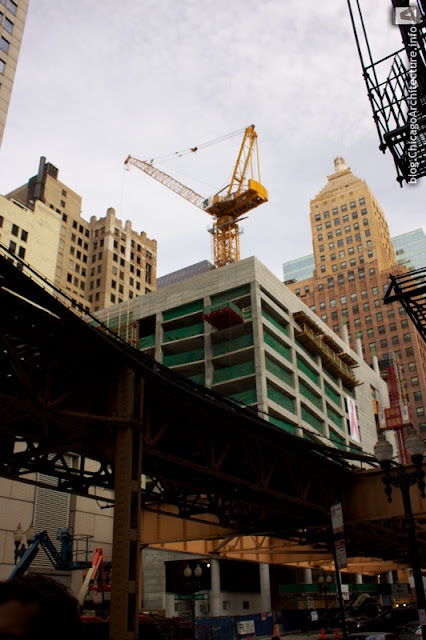