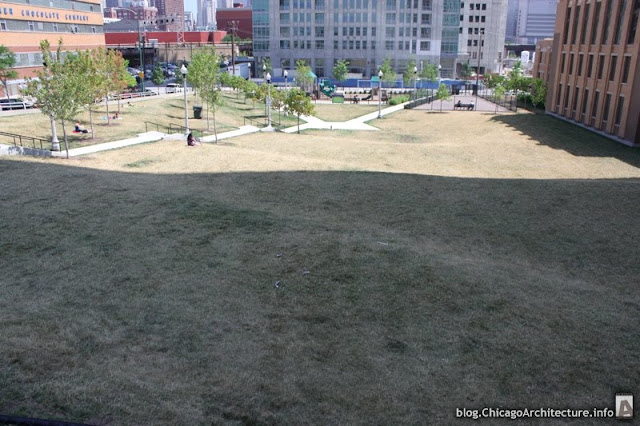 Talk about an amazing transformation.  This is a picture of Kinzie Park, taken in August of this year.  Bikini-clad women stretch in the sun on undulating hills of grass.

I have a picture of this exact place taken almost exactly two years earlier.  It shows a flat, vacant lot where weeks battle tires for attention on a parched concrete griddle.

The developers of the awkwardly-named K Station project deserve a big round of applause for bringing this little oasis of green to what was an ugly scar on the cityscape not too long ago.