By now you’ve heard about the fire that broke out at the Plaza on Dewitt (260 East Chestnut Street).  Here’s a picture of the aftermath from the outside: 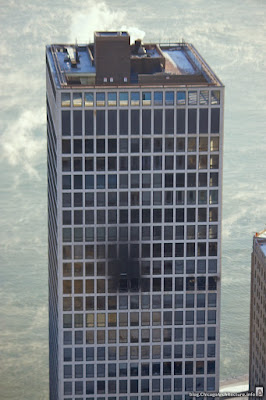 According to the Chicago Tribune, the fire on the 36th floor of the 43-story tower killed an elderly woman who lived in the condominium where the fire broke out after midnight.  About a dozen people were hurt. 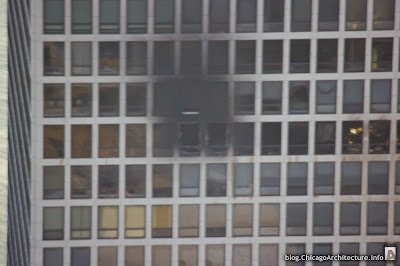 The Trib quotes people at the Chicago Fire Department as saying the flames went out the 36th floor window and up and into the unit on the 37th floor.  You can see in the photos how that might happen, especially considering how windy it was last night. 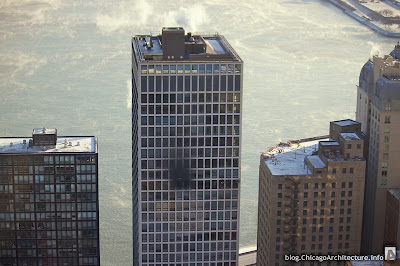 Coincidentally, a few hours before the fire, the Chicago Fire Department conducted a fire evacuation drill at another residential skyscraper just two blocks away.