Aftermath of a Skyscraper Fire

Here’s what it looks like at The Plaza on Dewitt (260 East Chestnut Street) a couple of days after a fire on the 36th floor of the 43-story building killed an elderly German woman. 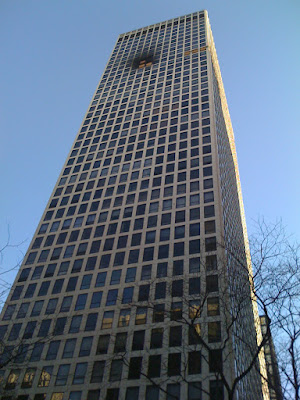 If you click to enlarge the photo, you can see the windows have been boarded up on some of the units on the 36th and 37th floors.  Meanwhile, the streets below are clogged with an army of carpet cleaning and other disaster repair service vans. 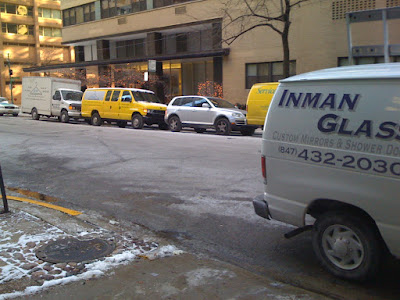 The last I read, the fire was caused by a kitchen appliance and is being called accidental.