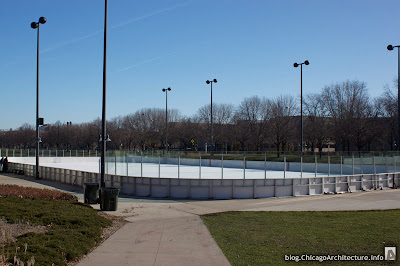 The skating rink at Midway Plaisance Park awaits the first skaters of the season.  This picture was taken about an hour before it opened for the season, which was long before snow fell on Chicago.  On the left is a young priest discussing skating techniques with a city worker.