A couple of days ago I published an article here about Columbia College’s new Media Production Center (1600 South State Street).  Although the location is starting to get a little off the beaten path, the building is very well done.  More importantly, it preserves a piece of Chicago’s silent film history — a chapter of the Windy City’s evolution that is too often overlooked or forgotten.

In that article I also whined that my attempts at getting on Columbia College’s media distribution list over the last year or so had fallen on deaf ears.  The most recent attempt was December 3, 2009.  Fortunately, Steve Kaufmann saw my complaint posted here and took it upon himself to rectify the situation.  Now the (hard to believe) thousands of people who read this blog will be a little better informed.

If any other P.R. folks are reading this, you can send your releases to press@chicagoarchitecture.info and either I, or the other employee here will take care of it.

Mr. Kaufmann sent along the official press release for the MPC, and some photos of the interior and exterior.  Much better pictures than I’ve seen elsewhere.  As always, click on the pictures to make them bigger, and you can read the full Columbia release after the pics. 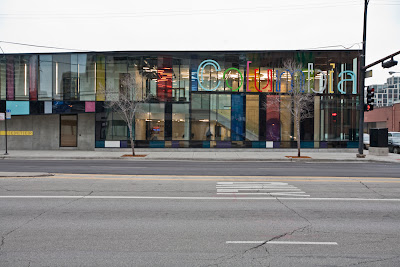 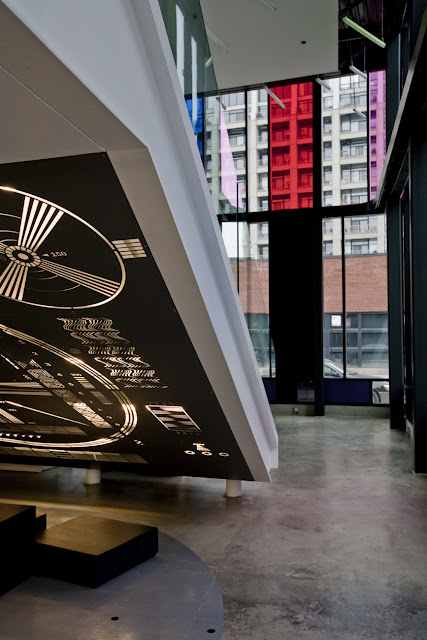 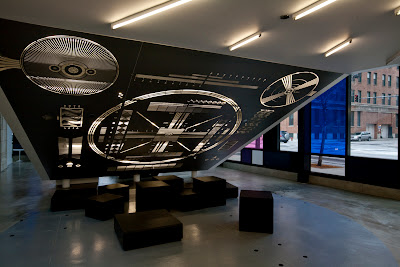 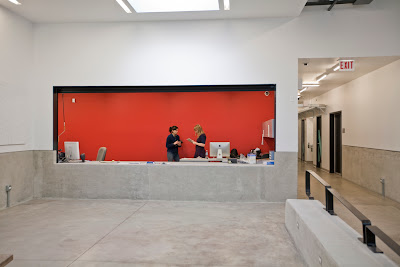 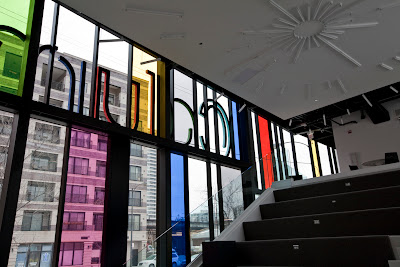 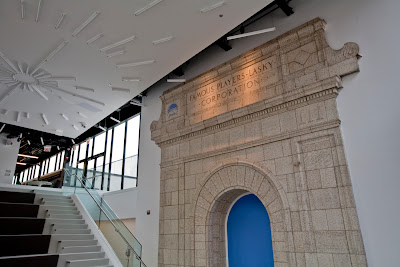 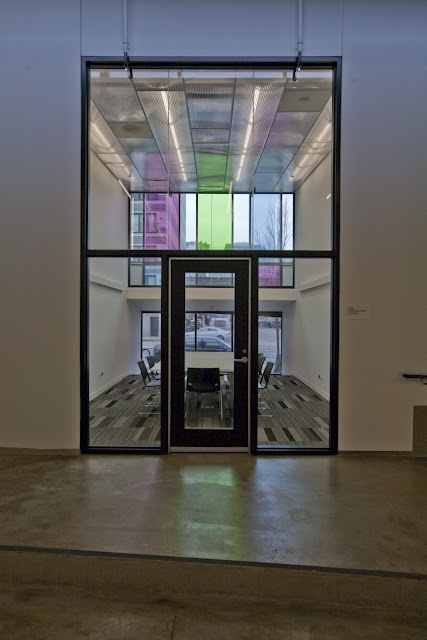 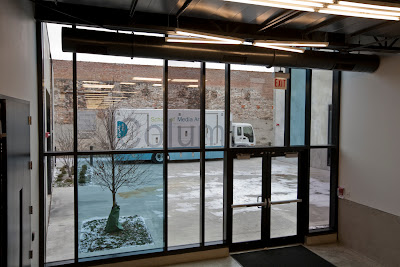 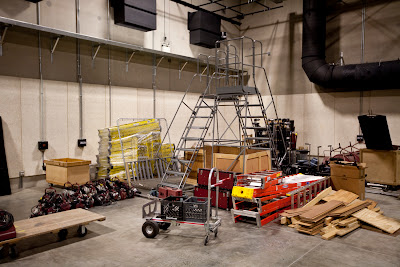 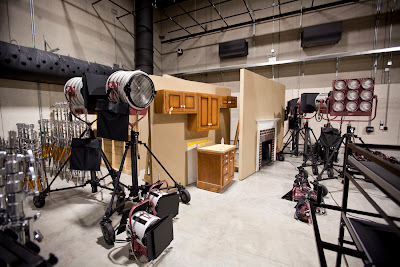 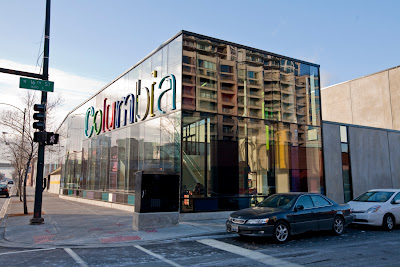 Columbia College Chicago Officially Opens Media Production Center,
Its First Newly Constructed Building in 120-Year History
Designed for form, function and sustainability, the 35,500-square-foot South Loop facility
provides students with state-of-the-art professional production studios
(February 5, 2010) Columbia College Chicago’s first newly constructed building in its 120-year history – the $21 million Media Production Center (MPC) at the southwest corner of 16th and State Streets – will provide film and media arts students with invaluable hands-on experience in a state-of-the-art professional production studio while creating a next-generation collaborative learning environment.
The 35,500-square-foot facility, designed by Chicago architect Jeanne Gang & Studio Gang Architects, officially marks its opening today (Feb. 5) with a ribbon cutting ceremony hosted by Columbia College Chicago President Warrick L. Carter, Ph.D. and Board Chairman Allen M. Turner with Mayor Richard M. Daley. The building opened to students for the start of spring semester classes on Monday, Jan. 25.
“This hands-on facility will allow Columbia College to completely change how filmmaking and other communications arts are taught,” said Dr. Carter. “Our faculty collaborated closely with the amazing team at Studio Gang to design the Media Production Center. From the outset, the goal was to provide a 21st century professional experience for our 4,200 School of Media Arts students to replicate the environment they’ll encounter in the working world.”
The MPC experience also provides for enhanced collaboration among media arts students and faculty in a variety of disciplines, with many production classes now under one roof.
“We didn’t just build a soundstage, we built an integrated curriculum encouraging interaction and collaboration between students across disciplines and departments, including Film & Video, Interactive Arts and Media, and Television,” said Doreen Bartoni, dean, School of Media Arts. “In this new age of film, video and television, segments of the industry are increasingly sharing skills and crossing boundaries – consider films like Avatar, combining both computer animation and live action footage.”
“This is our first building developed from the ground up, and we’re certainly pleased to have it come in under budget and on time – less than 12 months from our groundbreaking,” added Turner. “I’m also proud of how we were able to deliver our vision of this building as a breathtaking yet practical experience for faculty, staff and students that cannot be equaled by any other teaching facility in the world.”
The MPC was constructed for LEED (Leadership in Energy and Environmental Design) certification with a number of key sustainable design elements. They include a 50-percent green roof, radiant heating and cooling in the two soundstages, extensive use of windows for natural lighting throughout the building, and sets of lobby/mezzanine lighting fixtures that can progressively illuminate the lobby area as outdoor light decreases.
The 40,000-square-foot site, a vacant lot, was a “brown field” when it was sold to the college in 2008 by the City of Chicago specifically to build the MPC and help enhance the emerging neighborhood.
“I’ve witnessed the transformation of this formerly contaminated plot of land into an architecturally significant, environmentally sustainable building that is a welcome addition to the revitalization of this area. Already, activity generated with classes in this building is increasing patronage to local businesses,” said Third Ward Alderman Pat Dowell.
“It has been truly remarkable watching the MPC come into fruition. The quality and style of films and media we create are now limited solely by our dreams,” said senior film student Michael Lencioni, Columbia Student Government Association executive officer and student representative to the Board of Trustees.
Highlights of the Media Production Center (MPC) include: