Q: You probably already know that there are heads in front of the Merchandise Mart (222 West Merchandise Mart Plaza) representing the leaders of Chicago’s industry from back when Chicago was an industrial leader.  But can you name them all? 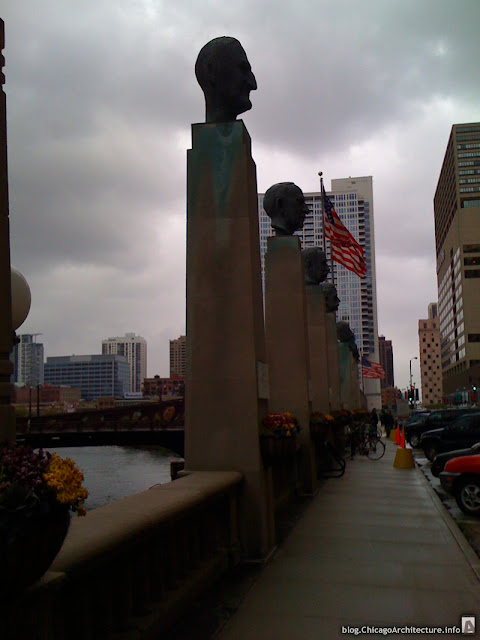 A: Here is the Merchandise Mart Hall of Fame in alphabetical order: