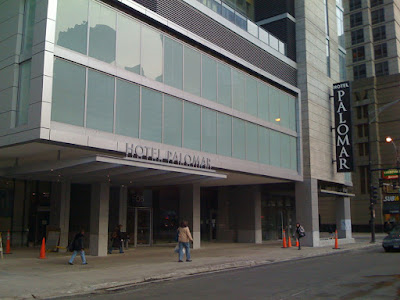 The signs for the new Hotel Paolmar Chicago (505 North State Street) are up, but you may have missed them amid the construction mayhem that is the CTA’s Grand subway station redevelopment.  The lobby is still a work in progress, but the outside looks pretty nice.  The company’s web site won’t take reservations before April 8, 2010 so it looks like we have an idea when it will open.