What Makes Two Buildings One Building? 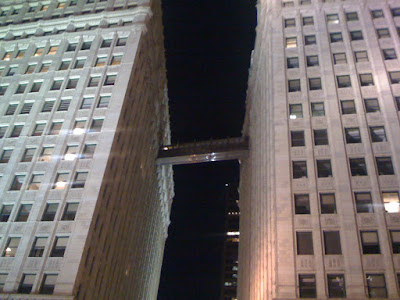 What is it exactly that makes two buildings one building?  Usually it’s some kind of structural continuity.  But in the case of Chicago’s beloved Wrigley Building, it is this sliver of a skywalk and a slip of a breezeway at the base of the structures.  From most angles, you can’t even see the skywalk connecting 400 North Michigan Avenue with 410 North Michigan Avenue and the two halves of the Wrigley complex look like one uniform structure.   But as is so often true — life is more complicated than that.

And in spite of what any number of bad tour guides will tell you, NO the building is not named after the stadium, and NO, the Wrigley Building is not owned by the Tribune Company.