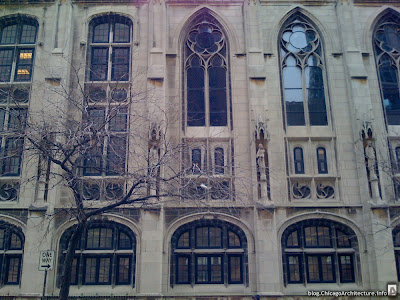 A row of saints secreted in their niches gaze down on Chestnut Street from the building that was until recently Quigley Seminary, built in 1919.  It’s now the headquarters of the Archdiocese of Chicago as the Archbishop Quigley Center.

You can read more about the Quigley Center (103 East Chestnut Street) here.